Another old one that I dug out this week and decided to share on this newest site.
` 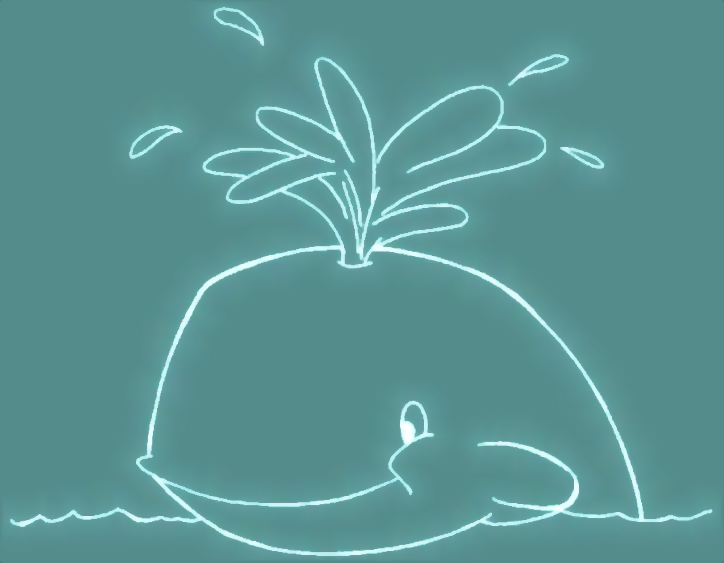 There’s a whale of a tale I could tell you,
But I don’t know if you’ll think it’s true.
It’s the story of one man named Jonah,
Who did something we should never do.

Long ago in a Mid-Eastern country,
He was given a mission by God.
But Jonah, after thinking it over,
Decided that he’d rather not.

So … he jumped on a ship going elsewhere,
Thinking from the great God he could hide.
That was stupid, of course, ’cause we all know:
God sees all and knows what’s inside.

Soon, alas, a great storm hit the old ship,
And the sailors were panicked with fear.
When, at last, Jonah stood to face his fate,
It was without shedding a tear.

Overboard then the sailors did throw him,
And for a quick end he did wish.
But instead a big whale gulped him right down,
As if he were a regular fish.

What to do, what to do, he did wonder,
Sloshing ’round in the digestive juice.
But it didn’t take long, as he pondered,
To decide that he’d better pray through.

So he called out to God in repentance,
And he worshiped Creator most high.
Then when God heard his plea, He had mercy;
Told the whale, “Spit him out high and dry.”

Then old Jonah, much wiser by this time,
Set off quickly to do what God bid.
And the story turned out satisfactorily,
But he never went fishing again.

Based on the book of Jonah, Holy Bible

One thought on “A Whale of a Tale”

So glad you visited. Please leave me a note before you go. Cancel reply